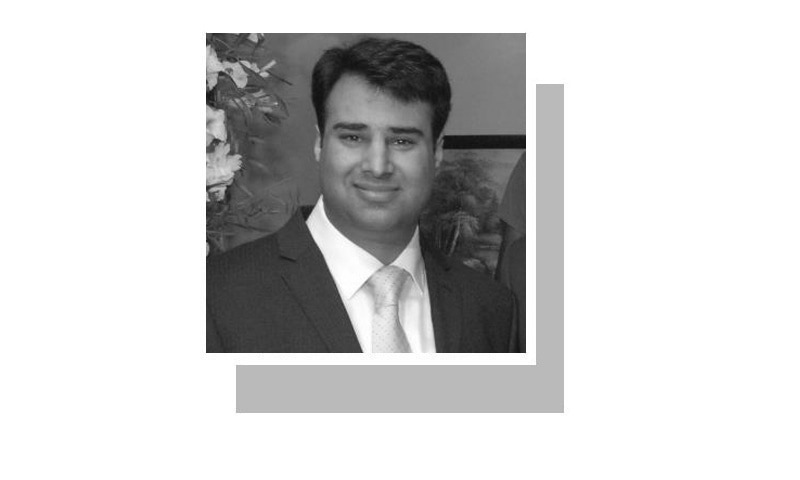 As new cracks appear within Pakistan’s governing elites, the pivot of global politics appears to be moving away from the country. The withdrawal of US forces from Afghanistan signifies the end of the “war on terror” and heralds the dawn of “great power competition” with the shift of the front lines to Southeast Asia. This presents new challenges and opportunities for Pakistan and the developing world.

The Indo-Pacific is the region to watch. The Sino-US dispute over control of the region’s trade routes, undersea oil and fishing reserves, and regional influence will intensify. China is strengthening its military presence in the South China Sea with territorial claims on the nine-dash line. The United States projected its might through its â€œfreedom of the seasâ€ naval patrols in response.

Quarrels over regional influence are also intensifying. The Chinese Belt and Road Initiative appears to have a dual purpose. First, forging partnerships with local elites in strategic countries on infrastructure development, in turn strengthening political influence. And second, to keep its factories running by forcing the purchase of equipment and machinery under the terms of the agreement.

The model works well for established elites in developing countries by providing capital to fuel their respective patronage networks often at public risk. Most of these investments come with sovereign guarantees on the repatriation of profits. The success of BRI projects therefore critically depends on their financial / commercial viability.

The way international politics takes shape, the era of handouts is over.

Early harvest projects under CPEC, a BRI torchbearer, rightly focused on power generation which was in high demand. These provide a good example of commercially viable projects where Chinese investments have been put to good use. Conversely, the failure of projects such as that of a seaport in Hambantota (Sri Lanka) led to the revision of many projects such as the Singapore-Kuala Lumpur railway line.

In response, the United States is establishing alliances such as Quad with India, Australia and Japan as well as AUKUS with the United Kingdom and Australia. At this year’s G7 summit, the group announced a Build Back Better World investment program for developing countries. Although in its infancy, B3W aims to mobilize private capital to match the public capital offered by China for seemingly similar development projects.

As world politics move in the direction indicated, Pakistani elites must reconsider the changing order of things. The connectivity offered by CPEC offers China a back door to the Indian Ocean. However, as long as China does not increase its industrial capacity in its restless western provinces, its dependence on eastern sea routes will not decrease. The volume of trade along the CPEC may remain relatively low at this time.

The westward extension of CPEC to Central Asia is promising, but would produce greater yields if connected to the wider South Asian region, including India, Bangladesh and beyond by an important east-west corridor. Hostility between India and Pakistan, however, is an obstacle and prevents the two countries from realizing their full commercial potential through greater connectivity.

More than connectivity, therefore, it is productivity that Pakistani elites must aim for. Realizing the full potential of CPEC depends on two factors. First, the ability of Pakistani elites to channel Chinese investment towards productive, labor-intensive, and commercially viable projects. These can be either export oriented or import substitution oriented. Second, inclusiveness in the distribution of benefits helped bridge the gap, rather than exacerbating internal socio-political fault lines.

The latter requires greater political inclusion and stability, which the country has missed. In fact, the ruling elites seem more fractured in their quest for greater control over power and resources. Improving productivity requires peace, skilled human resources, knowledge, innovation, fundamental freedoms, ease of doing business, good governance, an efficient justice system, and expertise in business and justice. international trade. This presents a challenge for the elites.

It is unfortunate that Pakistani elites have relied for a very long time on handouts in the form of economic aid for geostrategic services. And yet, they have failed to develop most of these strengths. The way international politics take shape, the era of handouts is over – the BIS or B3W, neither grants. The onus is on local businesses and political leaders to attract and make these investments work, otherwise they risk unmanageable foreign debt.

Diplomatically too, the country will have to live with a relatively low profile. In the post-war phase of Afghanistan, and with a new waiver in place in Kabul, contribute to regional and world peace, avoid a humanitarian crisis on its western border, lead efforts against climate change, build on the success of its diaspora communities, promoting fair trade and the democratization of global institutions are some of the areas in which Pakistan can join forces with the international community and forge alliances for a common cause.

For this, it is essential to shed the legacy of Cold War politics. A nation that has witnessed much violence along various social fault lines must be healed through better governance, enhanced economic growth, equitable redistribution of wealth and the realization of the potential of a young population, including women, whose greater participation in economic activity can be a game-changer if leaders move in the right direction.

It is a challenge to build relevance with world capitals, but it can be done by harnessing and projecting the social and economic value Pakistanis bring to national life. At the other end of the spectrum, a burgeoning population with a mass of unskilled youth, environmental degradation, political instability, extremism and a hostile neighborhood can make it a dire case for South Asia. Getting our house in order has never been a greater challenge. But perhaps it is not too late to change course.

The writer holds a doctorate in politics from the University of Oxford.