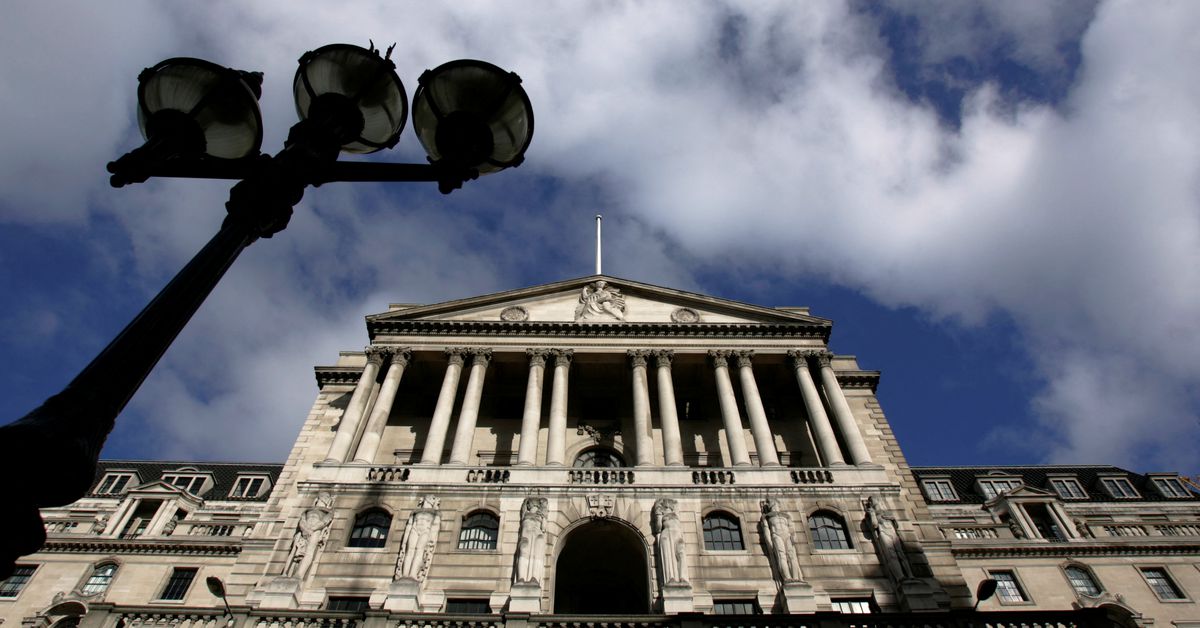 The Bank of England is seen in London March 19, 2008. REUTERS/Luke MacGregor

LONDON, Feb 17 (Reuters) – Sterling strengthened against the euro and the dollar on Thursday, as expectations of a rate hike by the Bank of England (BoE) continued to support the pound, while market was jittery about the threat of Russia invading Ukraine.

Against the single currency, sterling rose 0.3% to 83.48 pence, marching towards the two-year high of 82.85 pence touched earlier in February.

Data showing on Wednesday that inflation in Britain rose to nearly 30-year high reinforced expectations that the BoE will further hike interest rates.

The BoE has already raised interest rates twice since December – lifting rates to 0.5% from 0.1% – and financial markets expect a further rate rise to 0.75% or 1% on March 17.

“As long as the fundamental data allows for it, the market is likely to stick to its expectations which points towards sterling initially remaining strong against the euro,” said Antje Praefcke, FX analyst at Commerzbank.

She flagged, however, that the March rate hike is at this point “completely priced in”, while the picture for the euro might also change.

“The ECB (European Central Bank) too is likely to hike its key rate in the autumn,” she said.

Against the greenback, sterling managed to edge 0.2% up to $1.3607 while investors sought for safe havens like the dollar after Russian-backed separatists in eastern Ukraine accused Ukrainian government forces of opening fire on their territory, the RIA news agency said, a report later denied by Ukraine. read more

“The pounds price action over the course of February is quite telling,” said Simon Harvey, head of FX analysis at Monex Europe.

“It has predominantly been resistant to downturns in market risk sentiment that has hampered neighbouring currencies,” he said.

Could US wages and prices skyrocket?