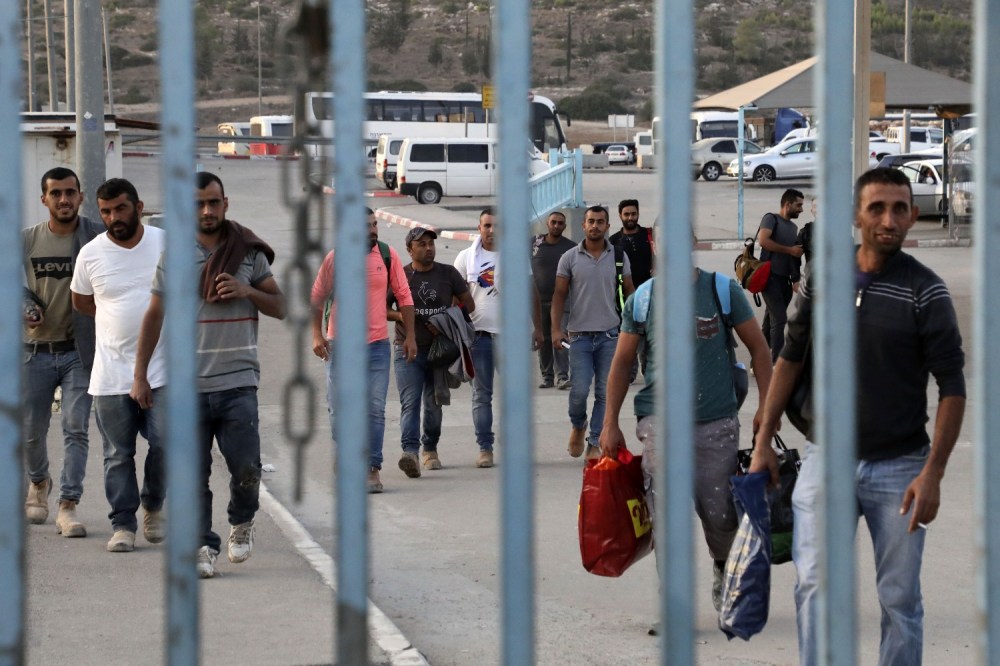 An expert’s point of view on a current event.

Gaza once again faced Israeli forces head-on war machine, which has killed hundreds of Palestinians and injured thousands. The international community is reacting, as in the past, by organizing a humanitarian aid and reconstruction mission in the besieged Palestinian enclave. While a humanitarian response is sorely needed in Gaza, failing to also address the political and economic realities facing the Palestinians will only reinforce the untenable status quo of the Israeli occupation and possibly lead to further violence.

But doing so while promoting unconstrained economic relations between Israel and Palestine – as has become fashionable in Western capitals in recent times – is not the answer. Such an approach would only deepen the dependence of the Palestinian economy on Israel’s labor and goods markets. Rather than reinforcing the status quo, international actors should work to build an independent Palestinian economy while pressuring Israel to end its occupation of the West Bank and East Jerusalem as well as its devastating siege on Gaza.

Economic peace plans for Israel and Palestine are everywhere, as of 2013 Kerry Package to 2019 Kushner map reports from institutions like the World Bank and the International Monetary Fund calling for unhindered economic ties between the Palestinian and Israeli private sectors. These proposals fall under “economic peace”, a flawed theory which assumes that there is a economical solution to a political problem. In other words, there is a pervasive belief among so-called “experts” that economic incentives will prevent Palestinians from claiming their right to self-determination.

The rhetoric of foreign diplomats is that the Israeli-Palestinian political conflict, that is, Israel’s occupation of Palestinian territories, is hampering the strengthening of economic ties between the two sides. If the conflict suddenly subsides, they argue, there should be full economic cooperation and open borders. In particular, the assumption is that if two economies are close together and have open economic relations, there will be positive spillover effects in favor of the small economy (in this case, the Palestinian one) including, but without s ” to limit the transfer of technology and know-how. As a result, the two economies should start to converge.

This framework wrongly assumes economic and political parity between Palestine and Israel, neglecting their grossly asymmetric power relationship. Indeed, the last 50 years have not brought convergence between Palestine and Israel. In terms of GDP per capita, the Israeli economy was double that of the Palestinian economy in 1967, when Israel captured the West Bank and Gaza; today is more than 11 times more.

Moreover, the geographic proximity between Israel and Palestine has led to one of the worst versions of economic dependence imaginable. For decades, the Palestinian economy has been locked in a cycle of underdevelopment. It has been unable to develop a solid productive base in manufacturing or agriculture, its trade deficit has skyrocketed, and it has remained dependent on Israel’s labor and goods markets.

In turn, the Israeli economy has used Palestinian labor to ensure low production costs while opening Palestinian markets for its goods. Little has changed since the creation of the Palestinian National Authority in 1994 through the Oslo peace process. Instead, new dependencies grew from international aid and private debt.

These dependency dynamics not only stifle the Palestinian labor and goods markets; they have structurally distorted Palestinian economic sectors. Open and unconstrained economic relations have led to the disappearance of productive sectors such as industry and agriculture and the rise of occupation bypass services. These services, which include internal trade with Israel, attempt to evade Israeli restrictions on natural resources and cross-border travel, ultimately anchoring the Palestinian economy to the fluctuations of the Israeli business cycle and the inclinations of Israeli policymakers.

According to the Palestinian Central Bureau of Statistics’ 2017 establishment census, 81,260 economic establishments operated in commerce in 2017. This figure represents 51% of all establishments in the Palestinian economy. The majority of what falls under this sector is wholesale and retail trade, and the three most prevalent sub-sectors were retailing in “non-specialty stores predominantly in food, beverages or tobacco”. that is, convenience stores, followed by food and grocery retail stores. Clothing.

In addition, data from the Palestinian Central Bureau of Statistics national accounts shows that trade’s contribution to Palestinian value added was 40% of private sector GDP in the same year, by far the most important sector in this regard. As for employment, on average, commerce employed 37 per cent of all private sector workers covered by the census, which is by far the highest of any economic sector. Trade has also been the largest economic sector to which credit facilities and loans have been extended over the past 15 years, accounting for between 20 and 25 percent of the total. credit to the private sector.

These commercial services have replaced the productive sectors. This is relevant for development because manufacturing and agriculture are both labor intensive and could reduce dependence on Israel. The manufacturing sector is associated with higher wages than commercial services, and agriculture plays an important role in the strength of an economy. In contrast, trade is both the result and the acceleration of economic dependence on Israel.

Finally, the commerce sector under-represents women in the workforce and has one of the lowest wage shares compared to other economic sectors. In other words, it contributes to economic inequality, as more added value is channeled to owners rather than workers compared to other sectors.

If the international community continues to ignore the economic consequences of the Israeli occupation, the political status quo will remain. This will make it harder to imagine a viable political solution to the Israeli-Palestinian conflict or a future with a sustainable and independent Palestinian economy. For the Palestinian people, this means that millions of Palestinians will continue to endure dire socio-economic conditions associated with an oppressive military occupation that controls their daily lives.

Some groups at least admit this reality. In 2010, while working at Palestinian Institute for Economic Policy Research, the World Bank invited our organization to a workshop on the results of its independent assessment group in the West Bank and Gaza. In a presentation covering 10 years of intervention, the group deduced that the effectiveness of international aid was “strongly dependent on the Israeli-Palestinian political framework”. The workshop also concluded that the World Bank needs to “rethink its mandate, role and scope of its activities in the West Bank and Gaza”.

These findings should come as no surprise to international missions working in Palestine. Indeed, the limits of international interventions have recently contributed to a wider debate on the need for a “Triple link”, An approach that suggests a closer link between actors and humanitarian, development and political (or“ peace ”) objectives.

The international community must stop choosing the path of least resistance. In the short term, it should direct aid to support Palestinian farmers in areas threatened with annexation, including areas where illegal Israeli settlements and the separation wall are being built as well as the so-called “buffer zone” in the area. the Gaza Strip. They should also support Palestinian manufacturers by pressuring Israel to facilitate licensing in Zone C– the part of the West Bank administered entirely by Israel, which represents about 60% of the occupied Palestinian territory, including building permits for residential and commercial structures. Such policies would support the independence of the Palestinian economy by increasing its capacity to absorb a currently unsustainable level of unemployed and help alleviate the current dire socio-economic conditions.

South Africa’s experience is a reminder of the dangers of ignoring a country’s underlying economic structure when undoing an oppressive political reality. Although South Africa got rid of political apartheid in the 1990s, it left the economic status quo largely intact, resulting in economic apartheid, where a minority of South Africans, mostly white, still own around 90 percent of the country’s wealth.

Policymakers should heed this lesson. The underlying economic dynamic in Palestine is extreme, one-way economic dependence on Israel. Hiding behind demystified notions of market fundamentalism to promote unchecked economic cooperation between the two economies will only reinforce this dependence while stifling development.

From noodles to crisps: Global investment explodes as businesses brace for post-Covid era