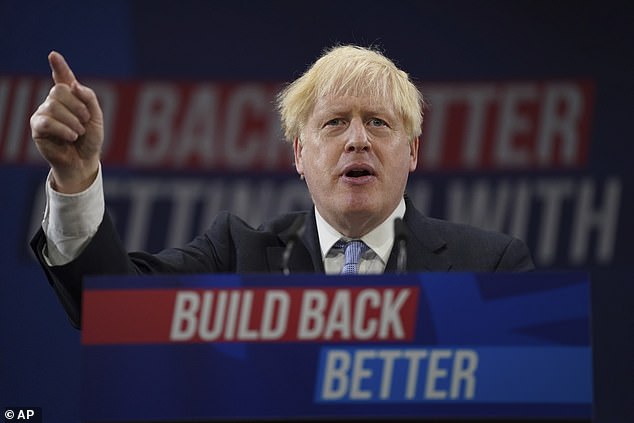 HAMISH MCRAE: We ALL can start making Britain a land of high wages

Boris Johnson’s vision of a high-wage, high-performing, more balanced company is good – we all want it – but the brutal reception the Prime Minister’s speech has received from business should be a serious warning for him and his colleagues.

There is no point in claiming that wages must increase if supermarket shelves are empty.

It’s going to be a harsh winter for just about everyone in the developed world. And in particular, it’s going to be tough for Britain as we adjust to a new and different post-Covid economy.

The world is running out of energy, supply chains are clogged and there are labor shortages everywhere.

The Prime Minister is right to aim for a more stable and productive economy. But we have to recognize how difficult it will be. There needs to be better cooperation between government and business. There is clearly a lot of room for growth in high-end manufacturing, for example. But while manufacturing is vital, it only accounts for around 12% of GDP. We must also lift the remaining 88 percent.

Government makes up a large chunk of that 88 percent – and needs to ask tough questions about its own performance.

Boris Johnson’s vision of a high-wage, high-performing, more balanced company is fine – we all want it – but the brutal reception the PM’s speech at the party conference has received from business should be a serious warning to him and his colleagues.

Take the ever-growing army of government employees. Today, it employs 5.68 million people in total, of which the central administration represents nearly 3.5 million.

Yet in the summer of 2010, the central government had only 2.8 million employees.

The so-called decade of austerity has seen that number increase by over 600,000 people.

Has its productivity increased? Anyone who has struggled to get a response from the IRS, or has been in line to enter the country at Heathrow, has good reason to doubt it.

Next, the government should examine the effectiveness of its spending.

All governments make mistakes on big projects. Businesses too. But it is reasonable to question whether our government’s decision-making process is working as well as it should. 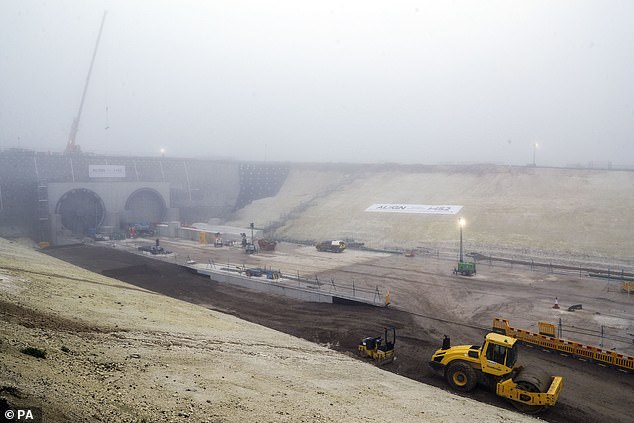 Take HS2. Will it reduce regional disparities, one of the key objectives? Or will it suck labor and money from struggling areas into central London?

Is he able to make sound decisions about the country’s infrastructure, for example?

Take HS2. Will it reduce regional disparities, one of the key objectives? Or will it suck labor and money from struggling areas into central London?

SH2 is under review, although perhaps it should have been discontinued years ago. Likewise, the army’s expensive new Ajax armored vehicle project has so many flaws that it could be scrapped altogether.

Ministers should also take into account the weight of regulation.

Of course, there must be checks on how businesses operate. But if a company needs additional staff to ensure that it complies with new regulations, then the cost of wages will be charged against the product or service it provides. The same amount of production needs more work. Productivity drops.

The idea behind Brexit was to simplify regulation, but so far leaving the EU has added to the complexity of exporting, which further adds costs.

Taxes also add costs. We will all have to, in one way or another, pay for the damage caused by the pandemic. But the problem is not just the level of taxation, it is its complexity.

The government knows this and set up a Tax Simplification Office in 2010. But we don’t need a ministry to simplify things. We need to stop making them more complicated in the first place.

However, most of the processing has to be done by the private sector. It is so diverse, so complex, so mobile, that it is only possible to sketch out a few ideas.

First, businesses – especially in service industries – need to look abroad to see how they are using labor more efficiently.

For example, in Scandinavia, hotel rooms have been made easier to clean by reducing clutter and creating elegance through simplicity. In French restaurants, the menus are simplified to save time in the kitchen. The United States is the leader in the development of automated checkouts – and so on.

Then businesses can learn closer to home. If our best companies are so much more productive than our worst, then the laggards have a place to look. How? ‘Or’ What? They hire people from their competition. This means that some owners and managers accept that they don’t always know better. Not easy – but common sense. 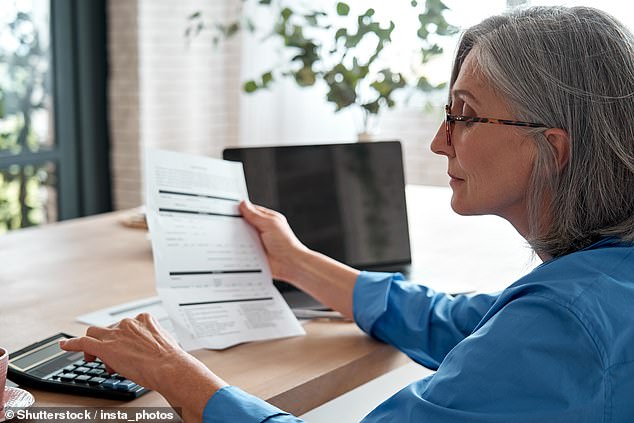 Taxes also add costs. We will all have to, in one way or another, pay for the damage caused by the pandemic. But the problem does not only concern the level of taxation, it concerns its complexity (stock image)

Third, management matters. The UK has some very good business schools, attracting the next generation of business leaders from all over the world. Some 92 percent of students at Said Business School in Oxford are international. Maybe more Brits should consider formal training to help them improve their game.

Four, skills matter. And skills aren’t a one-time thing that people learn early in their careers, as most of us have to retrain several times in our lives.

People who for whatever reason are absent early in their careers need to be helped in the new jobs that are created.

Employers are on the front lines – because they know what they need to keep the show on the road. Highly skilled labor is paid better than low skilled labor.

Most importantly, we must recognize that it is not just about government or business. It’s about us as ordinary citizens – in our expectations and the way we behave.

We took advantage of the many advantages of having foreign labor to fill the gaps in our workforce – cheaper food, relatively affordable restaurant meals, fewer British workers needed to do jobs which by nature will be unpleasant.

So we all have to, in our own ways, think about how to make our society more efficient. 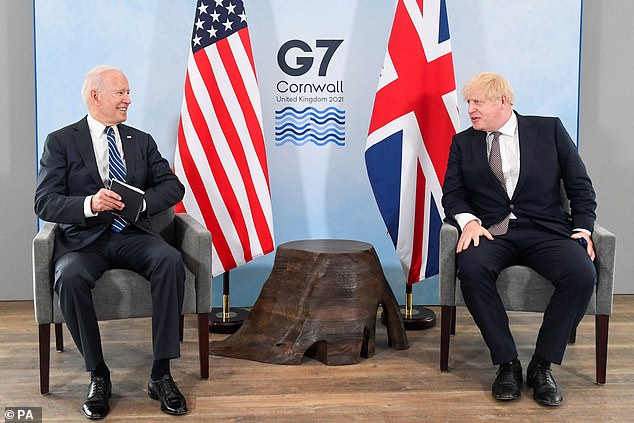 Overall we are not great, but we are only in the middle of the G7 peloton. We are worse than the United States, France and Germany, but better than Canada, Italy and Japan, according to a House of Commons briefing released on Thursday.

It means everything from respecting people who do hard jobs to not blocking the streets when we park the car. This means not wasting a company’s time by making unnecessary complaints. This means, in our work, finding out how to do things simpler and faster.

There might be less to choose from, but if we can’t get exactly what we want in a store, we should endure it graciously.

This is how an entire society increases its productivity.

Overall we are not great, but we are only in the middle of the G7 peloton. According to a House of Commons briefing released on Thursday, we are worse than the United States, France and Germany, but better than Canada, Italy and Japan.

It is a huge challenge to make our economy work better. It will take a decade, and we still have a bad winter to go through. We will not change because the then Prime Minister told us. But the goal of making Britain a less unequal – truly growing – society must be the right one. It would also make a nicer country.