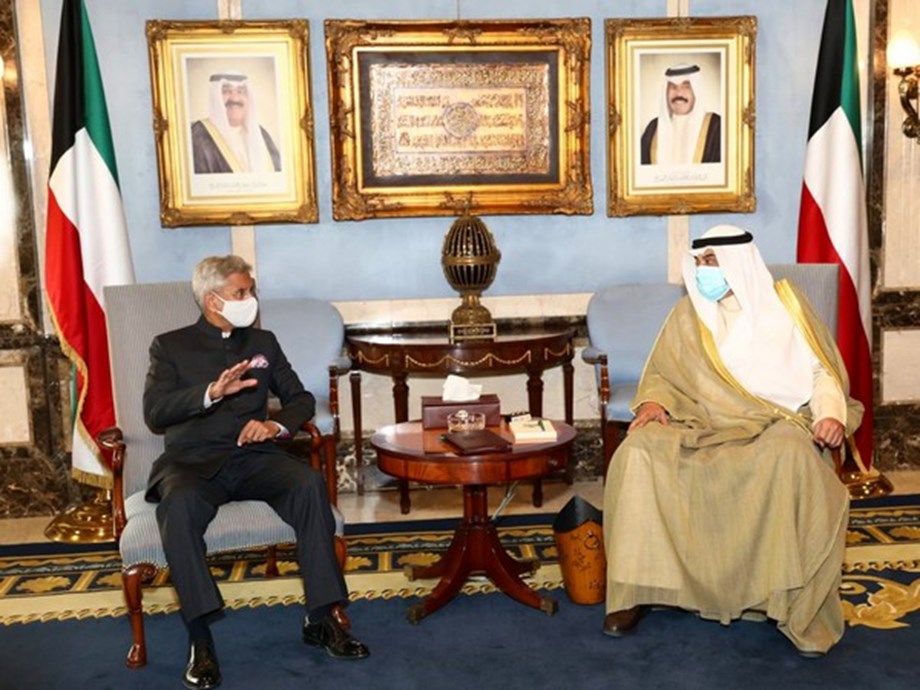 
Foreign Minister S Jaishankar on Thursday called Kuwaiti Prime Minister Sheikh Sabah Khaled Al-Hamad Al-Sabah and appreciated his commitment to take the partnership between the two countries to higher levels. Jaishankar, who arrived in Kuwait on his first bilateral visit to the Gulf country earlier in the day, also carried a personal letter from Prime Minister Narendra Modi to the Emir of Kuwait, Sheikh Nawaf al-Ahmad al-Jaber al -Sabah.

Called on Prime Minister HH Sheikh Sabah Khaled Al-Hamad Al-Sabah. Conveyed our congratulations on the 60th anniversary of diplomatic relations. Appreciated his commitment to take our partnership to higher levels. Our historic ties have been strengthened through our common fight against COVID19, ”Jaishankar tweeted. The Jaishankar also celebrated the 60th anniversary of the establishment of diplomatic relations between the two nations. He also signed a memorandum of understanding which involves giving Indian workers in Kuwait greater legal protection.

“We welcomed the opening to address the issues of the Indian community in Kuwait. We have seen the signing of a memorandum of understanding that will give our workers greater legal protection. We have launched the celebration of the 60th anniversary of our ties, ”he added. The Minister of Foreign Affairs mentioned that the discussion between the two countries had been fruitful.

“Productive discussions with Minister of Finance Ahmed Nasser Mohammed AlSabah of Kuwait. In order to advance our traditional friendship. We appreciate the presence of Minister of Commerce Dr Abdullah Issa Al-Salman in the talks,” he said. tweeted. In recent weeks, to help fight the second wave of COVID-19 in India, the government of Kuwait has been on the front line in ensuring a sustained and reliable supply of liquid medical oxygen to India by establishing an air / sea bridge.

Sheikh Ahmed Nasser Al-Mohammad Al-Sabah, Minister of Foreign Affairs and Minister of State for Cabinet Affairs of the State of Kuwait visited India on March 17 and 18. The two countries had agreed to establish a joint commission at the level of foreign ministers during the visit. (ANI)