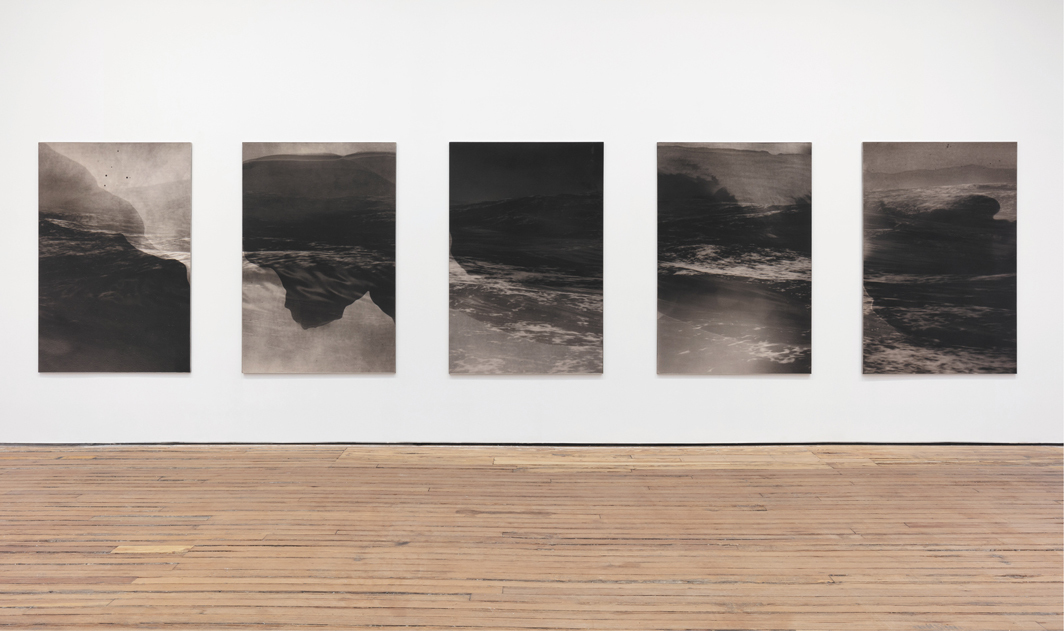 Among the many rewarding provocations in the work of the late English cultural theorist Mark Fisher was his reorganization of Jacques Derrida’s allusive notion of “hantology” – a historical spectrality that hovers around ideas and institutions, disrupting them with a sense of loss. the futures they inevitably represent – as a way of thinking about his first and arguably greatest love, music. “The [musical] the artists who came to be labeled hauntological,” Fisher wrote in a 2014 essay, “were imbued with an overwhelming melancholy; and they were concerned with how technology materialized memory. . . . This fixation on materialized memory has led to what is perhaps the main sonic signature of hauntology: the use of crackle, the surface noise produced by vinyl. Crackle makes us aware that we are listening to broken time; this will not allow us to fall into the illusion of presence.

Virtuosic in their darkness and indistinctness, Dirk Braeckman’s large-scale imagery is masked in a kind of visual version of that crackle, strategically obscured so as to similarly suggest a melancholic world out of step with itself. A Ghent-based photographer who represented Belgium at the Venice Biennale in 2017 – and whose debut here marked his first solo exhibition in New York in over a decade – Braeckman creates his sumptuously dark compositions by mixing and matching negatives from his archive and subjecting them to various unconventional darkroom processes, constructing complex fields, mostly in grisaille, in which spatiotemporal distortions dominate the day. The resulting works are intimately engaged with questions at the intersection of technology and memory, the marriage of their reminiscent pictorial fragments evoking scenarios whose internal logics are haunted by radical indeterminacy.

The exhibition featured thirteen works, giving viewers an idea of ​​Braeckman’s favorite subject matter and the manipulation techniques he uses to achieve his alluring dark results. If the most elaborate piece on display – the Five-Picture Polyptych UC-TCI-21, 2021 (all photographic works were titled in this coded manner) – capitalizing on the somewhat enigmatic atmospheric effects of sky, sea and land mingling along an unidentified shoreline, other individual images offered weirder conjunctions. In LU-AL-212021, for example, a murky gray city grid appears to be being obliterated by a collapsing translucent blob, while in the almost entirely abstract FW-SV-21, 2021, almost nothing recognizable remains visible beneath a galactic spray of blue and white pressing against the underlying black and white chimera on the right side. Characters sometimes appear, rendered almost illegible, as in RN-WS-21, 2021, whose main subject may or may not be a nude woman whose head is masked by a nimbus made up of radial stripes on the upper edge of the image. But it’s often the simplest, most modest settings (interiors, domestics) that create the most ominous scenarios: slanted panels and scalloped curtains.sperm-the funeral bunting in the strangely sutured compositional space of TS-OS-18 #12018, or, perhaps most dramatically, in 27.1/21.7/045/2014a calm, middle-class drawing room rendered profoundly eerie by Braeckman’s introduction of an eerie swirl of glare reminiscent of nothing so much as the light effects and ectoplasmic apparitions manifested in spiritualist photography.

Braeckman has frequently cited the fundamental influence on his own work of Evidence (1992), Lucy Sante’s classic collection of annotated photos of early 20th century New York crime scenes, and in particular their expressions of what the artist has identified as “crucial latency.” . . a sort of charged emptiness, a certain suggestion, paying attention to what is not present. For writers like Fisher and Sante, and for artists like Braeckman, careful attention to this latency and suggestive voids opens up a richly productive space to peer into the darkness.