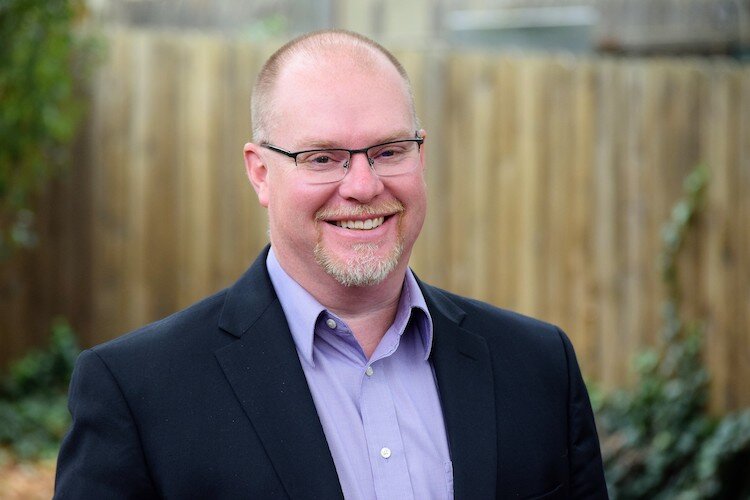 Blaming the pandemic would be the quick and easy way to explain a merger decision announced Monday by United Ways executives serving the Battle Creek/Kalamazoo, Jackson and Lansing areas. But that’s not the whole story.

The reality is that these three United Ways, like those in the United States, have seen a 50% decline in annual giving over the past 10 years and lost half of their donors over the past 20, says Chris Sargent , President and CEO. of the UWBCKR (United Way Battle Creek and Kalamazoo area). And these donation declines were just one of the many reasons for the merger.

The most dramatic changes began to occur at the onset of a recession in 2008, which saw the growth of the gig worker sector and United Ways offering different ways to reach these workers that had previously been accessible through places of employment. physical work.

“There were a variety of challenges and it’s not unique to Centraide,” he says. “It has been difficult to connect with the different interests of the younger generations. For the past two years, working in a COVID environment, we haven’t held as many in-person events and it’s difficult to communicate with donors digitally. If you don’t have that ability to present yourself in front of people, it impacts their interest in giving.

The merger was officially approved on Monday by the boards of directors of the United Way of the Capital Region based in Lansing, UWBCKR, and United Way of Jackson County based in Jackson. The new organization — United Ways of South Central Michigan (UWSCMI) — will partner locally and regionally with community impact efforts in six counties: Calhoun, Clinton, Eaton, Ingham, Jackson and Kalamazoo.

Sargent says his overarching message is that each of the three United Ways will retain their current offices with existing staff in their communities and will continue to run separate annual giving drives with the money raised by each used in the specific communities they serve.

“Bringing the three organizations together into one allows us to be a more efficient operation. We have become a single non-profit organization with one administration against three. United Way is unique in that we are not a chapter-based system. Unlike the American Red Cross or the Salvation Army, we are actually independent local organizations that make decisions locally.

He says executives and their business partners, including Consumers Energy, General Motors and Kellogg Co., have expressed support for the merger because of the opportunities it provides for their employees to have a local impact and, if they so wish, at the regional level.

The newly formed organization will operate under a single administration that will provide greater efficiency and opportunities for existing staff to take on more specialized areas of interest, Sargent said.

“Most of our corporate donors operate in a global economy,” says Sargent. “Although they are headquartered locally and manufacture locally, they sell products all over the world. They are thrilled that they and their employee donor base now have the ability to extend their giving beyond a particular geographic area. Their employees may work in one location and live in another. This creates a broader vision to serve a larger region while remaining local and connected. »

He likens local/regional giving options to a hybrid approach that will continue to give donors the final say on where their money goes.

An example of this is the funds directed to the Battle Creek-based South-Central Michigan Food Bank, which serves Calhoun, Jackson and Kalamazoo counties. The amount invested at the regional level will be proportional to the total dollars raised by each of the three Centraides.

The majority of donors give their donations as “unrestricted funds” and trust United Way staff and management to direct those dollars to where they’re needed most, he says, while other donors stipulate that a percentage of their contributions will be donated to a specific United Way member nonprofit. agencies.

“Each of our communities is unique, with needs that our individual United Ways address every day. At the same time, many of these needs are interconnected. We believe we can better address these issues together, both locally and regionally,” said Teresa Kmetz, president and CEO of Capital Area United Way (CAUW), in a press release.

Financial instability is an example of these common issues, says Ken Toll, president and CEO of United Way of Jackson County (UWJC).

“The ALICE report shows how the challenges faced by people living in poverty or just above poverty are similar across communities: depressed wages, access to key services like child care, inequalities systemic, economic effects of the pandemic, and much more,” Toll said in a written statement. “The combination of our expertise means we can bring more resources, capabilities and ideas that will benefit all of our communities.

Beginning in 2015, the Michigan Association of United Ways, with support from United Ways statewide and the Consumers Energy Foundation, began publishing these reports every two years. The reports, which use point-in-time data from the previous two years, offer a comprehensive look from the state and individual county’s perspective on Michigan residents experiencing financial hardship.

The data collected in these ALICE reports will continue to be a focus of UWSCMI’s focus and its research has expanded to include a particular focus on the BIPOC (Black Indigenous People of Color) community and the financial inequalities and racial disparities facing she faces. At the same time, Sargent says the UWSCM will also maintain its commitment to its four pillars: education; financial stability; health; and basic needs.

The United Ways mergers in Michigan are not a one-time event. The formation in 2000 of United Way of Ottawa County is the result of the merger of four different United Ways. In 2012 United Ways in Battle Creek and Kalamazoo merged to become the UWBCKR and in 2017 United Way of Eaton County merged with Capital Area United Way.

This same activity is happening nationwide according to an article in the Non-profit time which says, “United Way affiliates in New York, Texas, Maine and Indiana have merged or plan to merge in the coming months. A total of 14 subsidiaries will merge to become six subsidiaries, with the largest consolidation taking place in the Rochester, NY area.

Sargent says the UWBCKR and the Jackson and Lansing United Ways had been working together in various areas for several years prior to the merger and are exploring opportunities to do similar work around financial services operations with the goal of becoming a more effective and efficient organization. . But he stressed that he does not expect this to have an impact on the current squad.

“We didn’t do this to reduce our operations by 20%,” says Sargent. “We did this to be more efficient in our administration. It’s about continuing to reinvest in our teams, our impact in the communities we serve, and maintaining a local presence while taking advantage of efficiencies. For us, it’s about creating a long-term sustainable future as we continue to invest in the impact work we do in our local communities.

This work will be directed by a 36-member Board of Directors. This newly formed council will take effect on April 1 and will be made up of 12 members from each of United Way’s three current councils. They will decide who will lead the UWSCM.

At the request of their individual boards, Sargent, Kmetz and Toll are each applying to fill this new leadership role.

Merger discussions began in earnest nearly two years ago when the three United Ways began meeting monthly to discuss what it would look like.

In September 2020, the board members of each United Way met and five months later they were reunited for a presentation recommending the exploration of a merger between Sargent, Kmetz and Toll. This was followed in August 2021 by the presentation of the rationale for the merger to board members.

These merger discussions also engaged “key donors, partner agencies, businesses, unions, former board members and others, discussing how a merger would allow us to do more for those we serve,” Kmetz said in a press release. “Everyone who watched this merger up close, everyone who helped us study it from all angles, was very supportive of the idea.”

Sargent says that in recent years, the philanthropic and corporate sectors have looked to the nonprofit sector to partner and collaborate where it makes sense. Their funding has increased for organizations looking for opportunities to work together.

With the merger, Sargent says, “We have key strategies and we know we will be successful moving forward so we can adapt to changing landscapes. As we know, digital communication is how many of us absorb information. Having the tools and resources to be able to communicate with donors, potential donors, and volunteers more consistently are those kinds of tools we need to invest in together to keep ourselves front and center and to connect with people.