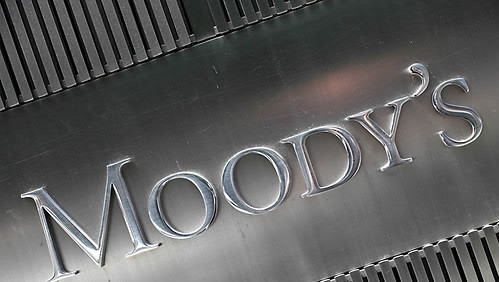 Moody’s Investors Service will closely monitor the asset strength of non-bank financial institutions in South Korea, fearing that they may face risks from corporate and household debt and rising interest rates, an analyst for the global credit assessor said Tuesday.

During a virtual press conference, Ok Tae-jong, senior analyst at Moodys’ Investors, also said that a continued increase in household debt and asset prices could negatively affect the valuation of the entire market. banking sector.

“Interest rates are on the rise at a time when corporate and household debt remains high,” he said at the briefing. “We do not expect a rapid deterioration in the strength of the assets of the banking circle as it has a large portion of low risk clients.”

“But we will be closely monitoring the strength of the assets of non-bank financial companies holding a large part of the high-risk clients,” he added.

The analyst said that it cannot be said that property prices in South Korea have risen more than other Asian countries over the past decade, but what is certain is that prices have skyrocketed over the past two years.

He noted that if corporate and household debts continue to rise and the housing market bubble grows, it could have a negative impact on the valuation of the banking sector.

Noting that South Korea has raised its policy rate for the first time among the Group of 20 countries since the epidemic, he said rate hikes will be one of the major risks facing the banking sector throughout the world. long next year.

The Bank of Korea made its first rate hike of 0.25 percentage points during a pandemic in August. After a further increase of a quarter of a percentage point in November, the rate now stands at 1%.

The BOK has hinted at the possibility of further rate hikes in the coming months amid lingering inflation concerns. (Yonhap)

Doyle and Marquand return to HK for jockeys championship