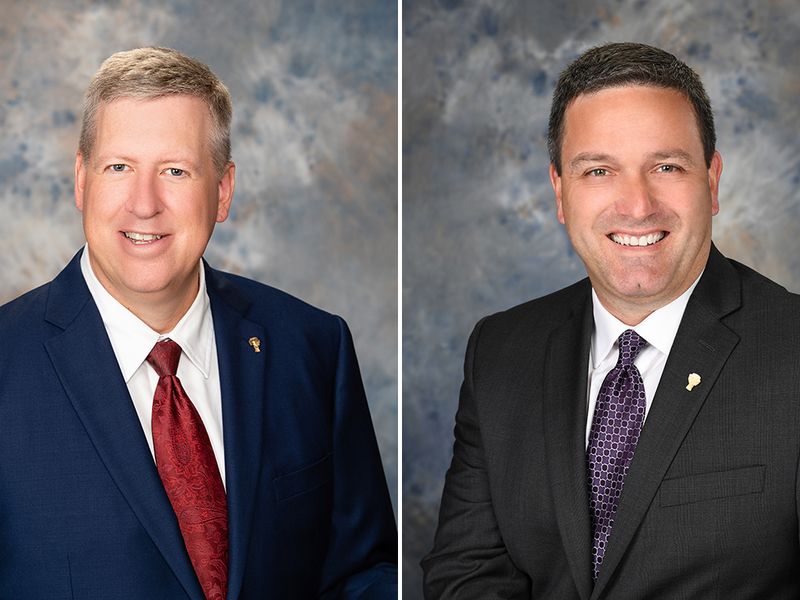 
Farmers National Bank announced the upcoming retirement of CFO Carl Culp and is considering his successor.

The bank’s parent company, Farmers National Banc Corp. (Nasdaq: FMNB) mentionned Culp is expected to retire on August 15 after 32 years of working for the community bank. He has been its CFO for the past 25 years.

“First and foremost, the Board of Directors thanks Carl for his years of loyal service. It is difficult for me to express the myriad contributions Carl has made during his career to both stability and the extraordinary growth trajectory of our financial institution, “said Farmers President and CEO Kevin Helmick in a statement. “Carl embodies the culture of farmers and has always led by example with his unwavering integrity and character.”

With Culp’s imminent retirement, Farmers said he hired Troy Adair as executive vice president of finance, a title he will hold until he becomes CFO following Culp’s departure. The two will work together in a period of transition until then. Culp is a Mahoning Valley native who currently lives in Cortland.

Adair joined Premier Bank’s Farmers, having worked there through its predecessor, Youngstown-based Home Savings Bank, since 2002. His last title there was Senior Vice President and Treasurer.

Premier Bank was formed in 2020 as a result of the merger of Home Savings Bank and Defiance-based First Federal Bank of the Midwest.

Along with the hiring of Adair, Farmers announced the promotion of Joseph Sabat to Vice President, Chief Accounting Officer.

Farmers, founded in 1887, has approximately $ 3.3 billion in bank assets and 41 locations spanning northeastern Ohio and part of northwestern Pennsylvania. It will be opening a new “lab branch” later this year which will be its 42nd location.

The French National Bank is experimenting with the CBDC