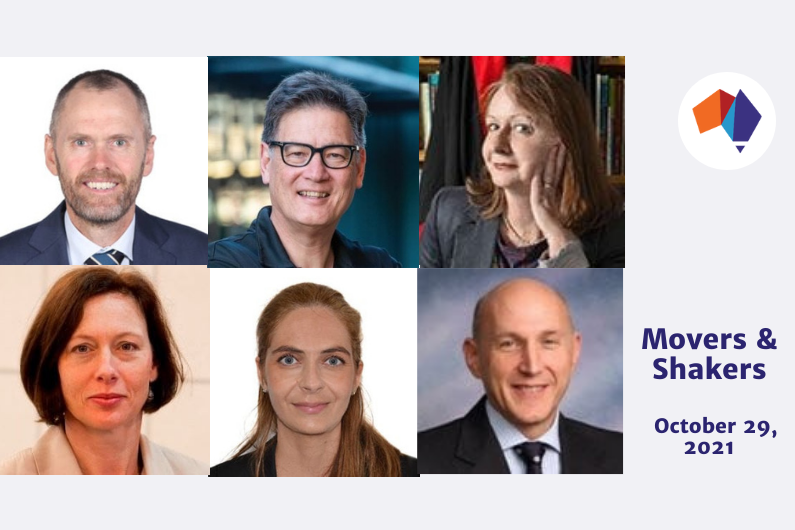 Latest senior management appointments in the public sector across the country

The National invalidity insurance agency promoted Clair Wheeler the director of guidance and practice services, and Daniel Flowers to the director of the AAT case management agency.

The Department of Defense promoted Jacinda Stewart to a senior management position.

Craig hendry was promoted to agency director of the grants management unit at the National Indigenous Australians Agency.

Lauren Alcantara became responsible for the political branch of education and youth at the National Indigenous Australians Agency; Simone Persson has become director of a housing agency.

Caroline Martin became assistant secretary to the Ministry of Agriculture, Water and Environment.

Michel Issenberg became the next President of Tourism Australia, after a leading career in the hospitality industry.

Issenberg worked for Accor for over 25 years, previously as Chairman and CEO of Accor Hotel Asia Pacific, based in Singapore.

Tourism Minister Dan Tehan said Issenberg was a crucial meeting he looked forward to working with as Australia reopened to the world after the COVID-19 crisis.

â€œHe brings to this role a wealth of experience, great energy and a commitment to support the industry and its 660,000 workers and businesses,â€ Tehan said.

Update for the Australian Research Council

Six new members will join the Australian Research Council, for the next three years, while two members of the old council have remained.

Deborah Terry, from the University of Queensland, and Mark McKenzie, of Small Business Organizations Australia, remained on the board for a second term.

They will provide research and industry perspectives to the CEO Sue thomas to help guide the direction and activity of the CRA.

Former secretary to give advice on the water

Former Secretary of the Department of Agriculture and Water Resources Daryl Quinlivan Has becomes senior advisor to a panel of experts reviewing ACCC recommendations that will examine the Murray-Darling Basin water markets.

He said communities wanted to be assured that they had reliable and fit-for-purpose water markets that offered everyone a fair chance and that the community could trust.

â€œI look forward to continuing the work and developing a roadmap that can inform the Australian Government’s approach to this essential element of public policy,â€ said Quinlivan.

â€œMy goal will be to improve the performance of the water market without adding unnecessary costs and regulatory burdens to users. “

The federal government is in the process of finalizing the nominations of the other nine committee members who will assist Quinlivan.

He was Managing Director of Angliare from May 2019 to December 2020 and has held similar leadership positions at Angliare NSW and ACT.

At the Housing Authority, her role is to work with government and non-government agencies in the homelessness and community housing sector to strengthen collaboration and drive reform.

He starts in the part-time role next week.

John Williams and Rebekah Giles will serve as chairman and vice chairman, while Helen Moore will join the board as a director.

Williams has a proven track record of defending rural and regional Australia, serving as a shearer, truck driver, farmer and business owner, all among the roles he has held.

Moore, a former board member, has business and executive expertise currently as COO of Collins Food Group, and previously at Woolworths Limited, Deutsche Bank and JP Morgan.

Giles is a practicing lawyer with a background in sports law. She has served as Chair of the Integrity Committee of the Board of Directors of GWS Giants and is a Fellow of the Australian Institute of Company Directors and Chair of the Centennial Parklands Foundation.