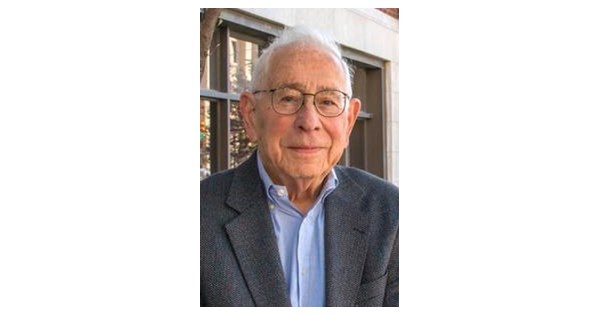 Anthony F. Ringold, only child of Murray and Ida Ringold, beloved husband, father, grandfather, friend and esteemed lawyer, passed away on October 21, 2021. He was 90 years old.

A senior partner at Rosenstein, Fist & Ringold when he retired at the age of 88, Tony’s over 60-year career began in 1957 when Claude H. Rosenstein asked him to join the firm of lawyers Rosenstein, Fist & Mesirow after his work there. as a summer paralegal. When his 60th anniversary at the cabinet was honored, Tony explained to his colleagues that Mr Rosenstein had stressed the importance of being thorough, of using the knowledge and experience of other members of the cabinet, of developing and maintaining collegiality and professional relationships; and being involved in community and volunteer work, principles Tony has adhered to throughout his own legal practice. Tony has taken these ideas into other areas of his life as well, telling his kids when they were young that “we always leave the campsite better than the way we found it.”

Tony was born in Tulsa, Oklahoma. After graduating from Central High School, he attended the University of Michigan as an undergraduate student and went on to earn his LLB from the University of Michigan Law School. He then moved to Washington State to complete his military engagement. He served in the US Army infantry for two years, obtaining the rank of first lieutenant before returning to Tulsa to begin his legal work.

Over the years, his legal practice has spanned multiple areas including real estate, corporate bankruptcy reorganization, oil and gas, mergers and acquisitions, and healthcare. Committed to the ever-changing nature of his profession and to his clients, Tony has been described as selfless and a consensus builder, an advocate with masterful technical skills as well as the ability to find practical solutions and develop skills. sustainable professional. relationships.

Tony was outspoken, with an old-fashioned sense of humor, dry and reliable. He was also deeply contemplative, demanding more of himself in all aspects of his life. For over 20 years, while engaged in his legal practice, he taught a course on real estate transactions as an adjunct professor of law at the University of Tulsa. He also wrote a detailed treatise on the Ninth Amendment and received his Master of Arts in History from TU.

Tony delved into American history and the biographies of our country’s founding fathers. Like his way in all things, Tony read about these men with great attention to detail, considering our democracy and how our past informs the choices we make every day. His interests included Native American art and ancient maps, each offering invaluable stories, if we could ask and listen. His grandchildren recount detailed and in-depth reviews of books, articles, news, sports and poetry during their long and cherished conversations with him. Tony lived methodically and passionately, on his own quiet terms.

He fiercely loved gardening and followed the requirements to do it right, respecting the process as the priority, not the outcome. While he informed everyone that his carefully executed experiment with peanut cultivation was ultimately unsuccessful, he generally produced a good crop of tomatoes, onions and hot peppers each year, noting that as always , he shared everything with the squirrels in the neighborhood. Tony also studied the sky, informing the family of upcoming planetary configurations so that everyone could have the opportunity to view them from anywhere.

Classical music occupied a large part of his life. He has played the piano since he was a child, spent a summer at the Interlochen Center for the Arts, and proudly sang in the University of Michigan choir. He struggled, with some success, to learn to play the French horn. He was a founding member of Chamber Music Tulsa and served on the board for many years. Being active was important to him, so he introduced his family to hiking, camping and skiing in the mountains of New Mexico and Colorado. He enjoyed playing golf and tennis and, of course, jogging with his running mates along the Arkansas River, followed by a chat and coffee at a local cafe.

In addition to his work and other activities, Tony has taken the time to participate and serve his community. He volunteered for many years with Tulsa County Legal Aid Services and was a member of the Vision 2025 Sales Tax Review Committee. He has served on the Boards of Planned Parenthood and Parkside Psychiatric Hospital. After his retirement Tony volunteered to deliver food for Meals on Wheels. When it got tough, he put on his boots and loaded the groceries into the cars of the people lined up at the East Oklahoma Community Food Bank.

No other service is planned at this time. If you would like to make a donation in Tony’s memory, please consider: