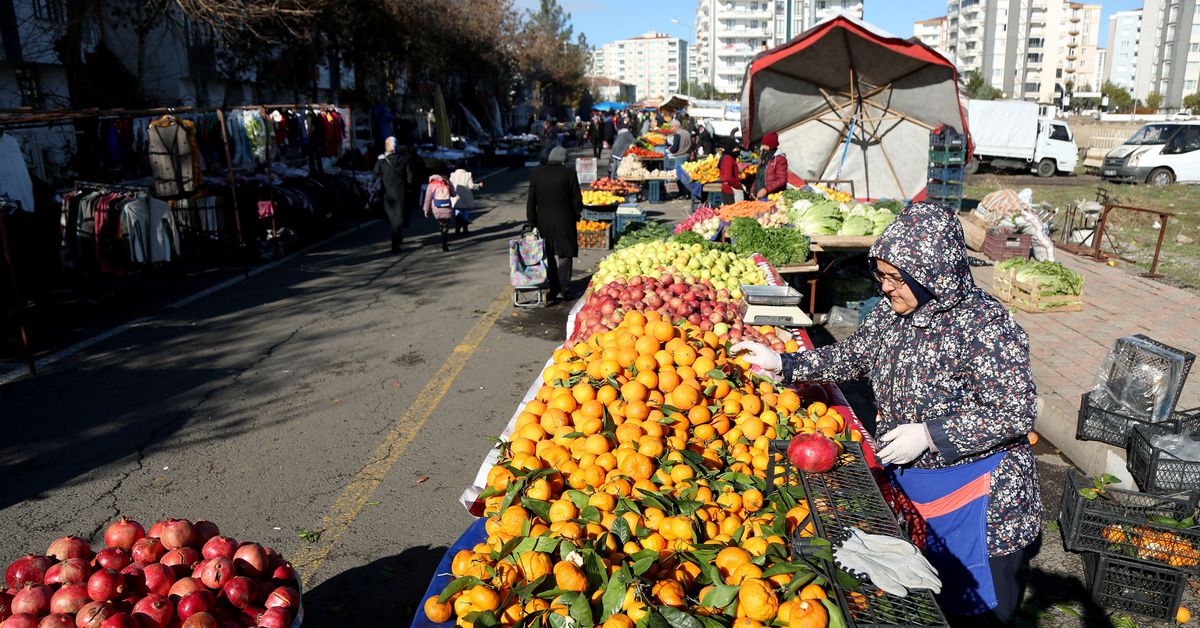 DIYARBAKIR, Turkey, Dec 27 (Reuters) – Hazal Tunc and her friends founded Turkey’s first women-only street market eight years ago to help victims of domestic violence and divorcees, and it has provided them with jobs and security – until now.

Like organisations and companies across Turkey, the market has seen business shrivel dramatically as a result of a currency crisis in which the lira has lost as much as 48% of its value in the past two months alone.

The market in the mainly Kurdish southeastern city of Diyarbakir enjoyed buoyant trade in its early years but declined in the last two, particularly in the last six months as the lira crash has sent prices soaring and ravaged household budgets.

“Sales have come to a complete standstill. In the past, customers used to buy two kilos of carrots. Now they come and buy three carrots,” said Tunc, 46, a mother of three who helped found the market for fruits, vegetables and handicrafts.

The lira crisis was prompted by President Tayyip Erdogan’s push for lower interest rates despite a sharp increase in inflation and warnings from economists.

‘EVERYONE HAS GIVEN UP’

In happier days, up to 256 women made a living selling their wares at the street market, but that has dwindled to 69.

“People’s purchasing power is almost completely gone – and so is our selling power,” Tunc said. “Everyone has given up.”

The lira staged a sharp rebound last week after the government unveiled a deposit-protection plan, and the state backed a series of market interventions selling billions of dollars. read more

One week ago, before the government moves, one dollar was worth 18 lira. On Monday it was worth 11.4 lira, though still down 35% from a year ago.

Economists say the lira remains vulnerable, and with it people’s living standards. Annual inflation is expected to jump toward 30% next year from 21% last month, as import prices soar and retailers cover rising goods, energy and labour costs.

“In the evening bread costs 4 lira, and the next morning it is 7 lira. People are stumped and don’t know what to do. A person who bought 5 kilos of oranges before, now buys 1 or 2 kilos,” she said.

How to use the KuCoin trading bot? - CVBJ