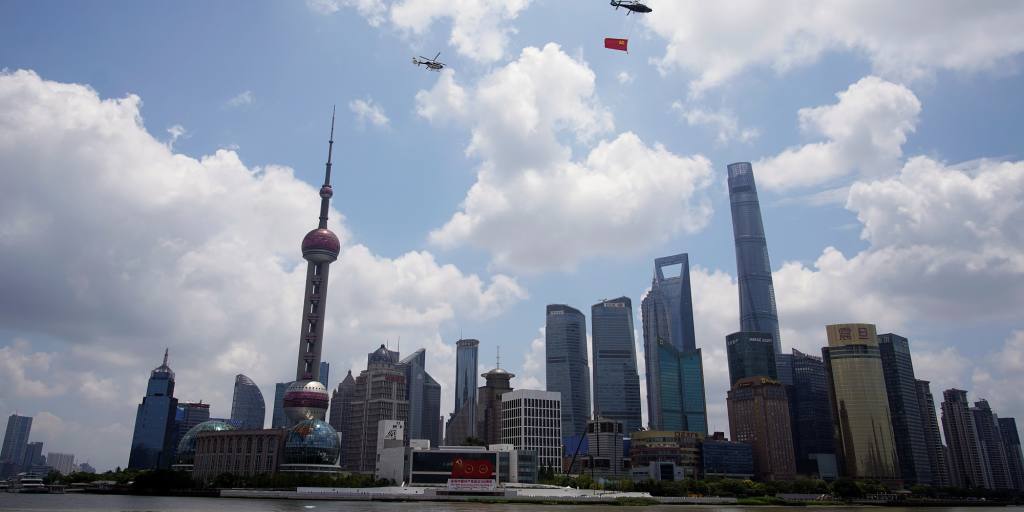 World’s financial institutions must weigh risk of expanding in China

Financial institutions from across the globe are competing to expand in mainland China, eager to tap a massive economy that they regard as essential to their growth. Their zeal contrasts sharply with manufacturing and IT companies, which have begun rethinking their businesses in the world’s No. 2 economy amid concerns about information security and other issues.

However, with China’s political and economic future becoming increasingly uncertain, banks, securities companies and asset management businesses should carefully weigh the risks to avoid planting the seeds of future losses in their rush to grow.

U.S. financial giant Goldman Sachs on Oct. 17 received approval from Chinese authorities to make its joint venture in China a wholly owned subsidiary. It was the second U.S. company after JPMorgan Chase to receive such approval. Switzerland’s UBS group is increasing its stake in its local joint venture, while Japan’s Nomura Holdings, which opened in Shanghai in 2019, has set up branches in Beijing and Shenzhen.

Financial institutions from the U.S., Europe and Japan see particular promise in China’s fast-growing asset management arena as well as in investment banking businesses, such as underwriting of initial public offerings and advising mergers and acquisitions. Their China strategy is based on the assumption that the people of China will rapidly increase their wealth while new entrepreneurs will use the capital markets to grow their businesses. Meanwhile, foreign commercial banks are looking for opportunities in China to provide loans for alternative energy.

However, these optimistic assumptions are being significantly undermined.

China’s real economic growth rate for the July to September period tumbled to 4.9% year on year, and concerns are growing that the property bubble may burst. Also, the administration of President Xi Jinping has suddenly imposed stricter regulations on the IT, gaming and private tutoring sectors. Such an uncertain regulatory environment could weaken business sentiment in the private sector.

By allowing more foreign investment in the financial sector, Beijing wants to show the international community that the country is serious about opening its market. Given China’s intentions, Japanese, U.S. and European financial institutions are unlikely to face restrictions there in the immediate future. However, concerns about greater oversight and intervention by local authorities will linger over the long term.

If China’s economy further slows and share prices fall, the investment banking business will inevitably face strong headwinds. A huge, sudden loss in the nation’s financial sector could send ripples throughout the world.

Global financial institutions looking to expand business in China must take steps to ensure they are not taking excessive risks along the way. To ease such concerns, early information disclosure is also essential.

Furthermore, Beijing has come under international criticism for violating human rights and suppressing democracy. Financial institutions need to take all possible precautions against damaging their credibility by doing business in China.

Does DeFi Put Your Portfolio at Risk?